skip to main | skip to sidebar

Thoughts on the Lord

Here are two recent devotions I did and my thoughts on the scripture:

Psalm 118:8 "It is better to trust in the Lord than to put confidence in man". NKJVThe Lord is the only one in Whom we can completely and utterly trust. People will fail us. Machines will fail us. Our bodies and minds will fail us. God alone will never fail us. Trust in Him.....is our only guarantee supplied free of charge to us...bought with a price, the Lord Jesus's blood shed at Calvary and the pay out.....Eternal Life.

Mark 6:50 "For they all saw Him and were troubled. But immediately He talked with them and said to them, "Be of good cheer! It is I, do not be afraid".

First off this was when Jesus had sent the disciples ahead of him to Bethsaida while he finished with the multitude that was following Him and then He went to the mountain to pray. By nightfall the disciples were in the middle of the sea and were having trouble rowing against the wind. Jesus walked on the sea but when they saw him they were afraid.....I think probably because they were so focused on their circumstances being stuck fighting the wind at night on a dark sea. After all it defies nature for anyone to walk on water. So immediately they assumed He was a ghost and could not fathom it was the Lord. But when He SPOKE they knew His voice and His voice alone calmed their fears.

Fear can be banished when we keep our eyes on Jesus. Like a mighty wind He can blow away all storm clouds of fear and bring complete peace. He doesn't always calm the storm. Sometimes He comes to us in the storm. Sometimes He gets in the boar with us during the storm. Sometimes He does calm the storm, but regardless He is with us. He doesn't leave us to flounder against the wind and the waves alone. He rides with us through the darkest hour and helps us through. He protects us from the winds that could destroy us and will not let us sink into utter fear and despair. When He comes on the scene, things change, people change, lives change. Fear is vanquished. Nothing can separate us from Him or His power. With His power comes prefect peace when our minds are stayed on Him. Just because we don't feel Him doesn't mean He isn't there. Sometimes, He is obscured by the obstacles we put up ourselves, doubt, fear, worry, focusing on the circumstances and much more. The disciples had just been with Jesus....they SHOULD have recognized the Master.....but their circumstances clouded their ability to accept it was Jesus walking toward them. Their fear was an obstacle to their ability to see Jesus as the Master until He spoke. When we take our eyes off Him and focus on the circumstances and obstacles our ability to see Him as who He is is greatly reduced. It is then when He reassures us "It is I, do not be afraid". However...it takes us LISTENING to His voice......knowing His voice and being able to distinguish it from the winds around us that would have us be distracted.

Each time He comes on the scene, He teaches us to trust Him more and at a different level IF we let Him. When we see Him and listen to Him....fear is gone. He didn't promise to keep us out of the storm, the winds, the rain, but He did promise to never forsake us. He is faithful. He is mighty. He is just and He is always THERE. He is approachable and He is waiting for us to TRUST Him more than ever before. 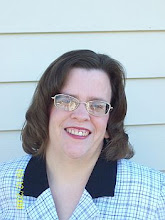 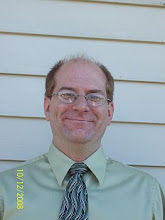